The Pilbara Project brought together for the first time, Christian Fletcher, Peter Eastway, Tony Hewitt, Les Walkling and Michael Fletcher who travelled throughout the Pilbara over the course of 2010. They created photographs and videos, shared ideas and let the songs of this region engulf, inspire and challenge them. Their work was gathered together into a book, The Pilbara Project: Field Notes and Photographs Collected over 2010.
They also held the first Pilbara Project exhibition: 52 Weeks On, in February 2011, curated by William L. Fox (Bill), the Director of the Center for Art and Environment of the Nevada Museum of Art. Bill also accompanied ND5 on some of their Pilbara travels, as did Mollie Hewitt from FORM. who developed and co-curated The Pilbara Project.
FORM is an independent, non-profit cultural organisation established in 1968 that develops and advocates for excellence in creativity and artistic practice across Western Australia.
Lynda Dorrington, the Executive Director of FORM in her preface to The Pilbara Project: Field Notes and Photographs Collected over 2010, said the aim was “to celebrate and illustrate how unique and wonderful this place is - from the people to their communities and the natural environment that sustains them. But the Pilbara Project over time also seeks to dig deeper, to examine its particular confluxes of culture, industry, environment and history in order to begin to craft a stronger vision for its future.”
The Pilbara Project was also the impetus that initially brought ND5 together and proved to them that they had a future way beyond the initial Pilbara Project. 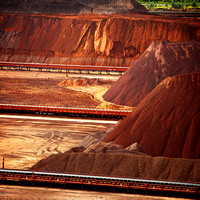 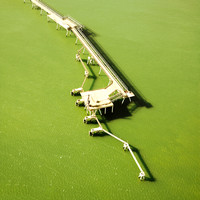 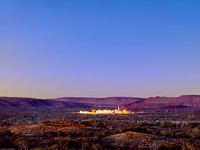